Novel can be purchased wherever print and e-book are sold 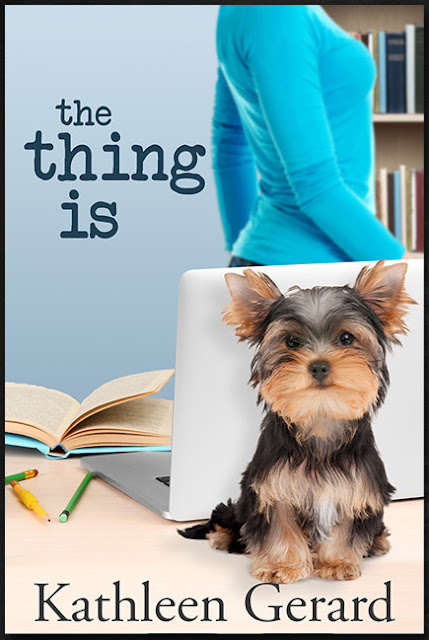 Can a woman mired deep in the throes of grief have her heart and soul rallied by a therapy dog named Prozac who has supernatural wisdom and a canine Mensa IQ?

Meredith Mancuso is depressed. Ever since the death of her fiancé, she has shrunk from the world. Even with her successful writing career, she's not motivated to work. When her sister, Monica, begs for a favor, Meredith wants nothing more than to say no. But she’s ultimately roped into pet-sitting an orphaned Yorkshire terrier named Prozac.

Blessed with spiritual wisdom and a high IQ, Prozac is an active pet therapy dog. To heal brokenhearted Meredith, he rallies his fan club at Evergreen Gardens, an independent living facility, where he visits each week.

Prozac and the community of resilient older folks challenged by losses of their own propel Meredith, often against her will, back into the land of the living. Meredith learns that most people carry some sort of burden, but it's still possible to find meaning, purpose, and joy—and sometimes, even love—along the way.


THE THING IS is a perfect read for fans of General Fiction, Contemporary Women's Fiction, Romance, Romantic Comedy, and Dog and Pet Lovers!

Kathleen Gerard
Kathleen Gerard writes across genres. She is the author of IN TRANSIT, a woman-in-jeopardy novel set in the NYPD Transit Police Division. The book won "Best Romantic Fiction" at The New York Book Festival. Her novel THE THING IS (Women's Fiction/Romantic Comedy) deals with the nature of grief and a crafty therapy dog named Prozac. Kathleen is also the author of the novella, COLD COMFORT (Women's Fiction). In addition, Kathleen's short fiction has been nominated for and awarded many literary prizes including The Saturday Evening Post "Great American Fiction" Prize, The Mark Twain House Humor Prize, The Erma Bombeck Writing Award and Best New American Voices, all national prizes in literature. Kathleen's prose and poetry have been widely published in literary journals, magazines, anthologies and broadcast on National Public Radio (NPR). Kathleen writes for Shelf Awareness, a daily e-newsletter publication about books and the publishing industry. To learn more about Kathleen and her work, please visit www.kathleengerard.blogspot.com